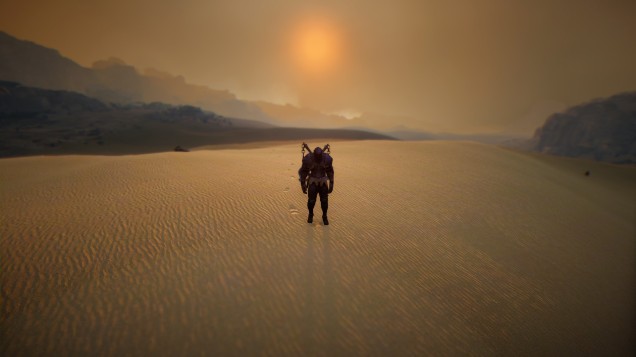 In February, we decided to put the brakes on our Twitch channel indefinitely. If you didn’t know about our Twitch channel, WelpsquadTV, it’s because I didn’t write much about it. We were on Twitch for about 2 years and somewhere along the way, I think we forgot streaming was supposed to be fun and not something we had to do. We were by no means a large channel,  but we had a decent little community of regulars, we made a little money, and we put in a ton of hours Now, it was a 4 man channel, but Jay and I were putting in 4 or 5 multiple hour streams a week, that time adds up.

Stopping wasn’t an easy decision considering how long we’d been doing it but a necessary one. No one was having fun anymore and the time commitment just wasn’t fitting into our lives anymore. Plus, I always felt that blogging was much more of my style than streaming ever was.

For most of  February, I didn’t touch Twitch and had very little interest in games in general. Then Anthem came out. I subbed up to Origin Premier to try it out, flew around and did story missions for 8-10 hours and didn’t go back.

I decided to give Apex Legends a try towards the end of  February and I’ve found surprisingly engaging. It’s been a blast with friends and has quickly become the defacto: “I don’t know what I want to play tonight, let’s see who’s on Apex” I haven’t had this much fun in a multiplayer FPS since Modern Warfare in high school, in fact, I think that’s the last time I enjoyed a multiplayer FPS.  It helps that I have enough people to play it with when I want to play because going in alone is an exercise in frustration.

I started up Black Desert in early March after a recommendation from a co-worker. I had bought the game 2 years ago and never got into it. I have a bad habit of playing something until it gets complicated and then quitting and Black Desert starts off complicated and continues to add to the complexity. The first time around I just couldn’t wrap my head around the combat. This time I decided to power through and see how I liked it. It helped that my co-worker kept telling me it was the “greatest single player game of all time”. And you know what? He’s not wrong. Once I got the hang of the combat and some of the systems the game really opened up and has more to offer than grind to the end to PVP.

Most recently I’ve been playing Trove. I always seem to come back to Trove, especially when I’m looking for a progression fix. It’s been about a year since I last logged in, long before Trion was acquired by Gamingo.  My old max level  Stellar gear is useless but was replaced with a much easier to obtain Crystal gear. There are new gem slots so that your Power Rank numbers can go up even higher. And 2 new modes have been added since I last played: Geode, a non-combat gathering activity, and Bomber Royale. I’ll have to write a whole post on Bomber royale, it’s possibly the most fun I’ve ever had in Trove and probably the only Battle Royale game I will ever win on my own.

Yes, this is yet another one of my many posts where I say I miss blogging and I miss writing and yes, it probably won’t be my last. But I always come back here and I’ve been away from my little space on the internet for far too long.