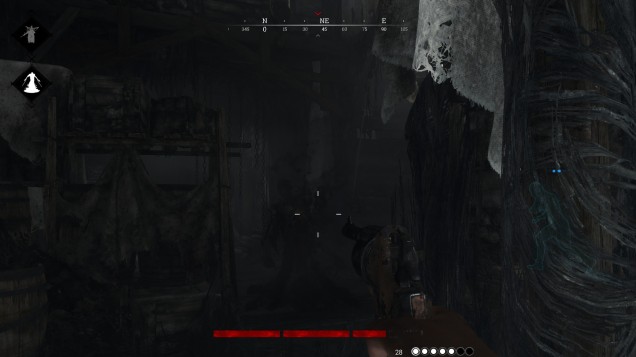 Last night we played more of Hunt: Showdown. I’m not sure how many matches, they all kind of blend together, but we did manage to extract with the Bounty twice. Which  let us recoup all of the money we lost dying all night.

I’m not sure what was up, whether it was my internet, my computer needing a restart, or the fact that Steam went down, but Hunt was having a hard time running. Sometimes I didn’t load into a match until a few minutes after it started. Not ideal. Then, when I finally loaded in the graphics had not. Very entertaining for screenshots but very difficult to play around. Especially when you can’t see things like bridges, fences, and sometimes walls. The enemies didn’t have any animations either which was hilarious. I totally ran into a pack of dogs thinking they were horses.

Eventually, I just rebooted my computer and things got a bit better. It must have been a me thing because Greg wasn’t having any issues besides long load screens. I’m hoping it was just a fluke, the first time I played I had zero issues.

Our first bounty extraction started out uneventful. We found the building the monster was in and stood outside the door and killed it. We learned quickly that the bounty bosses can’t leave the building they’re in. I thought for sure we were going to have to fight off some other Hunters. You tend to attract a lot of attention when firing  guns over and over.  There was another bounty being collected on the other side of the map so no one seemed to be around us. 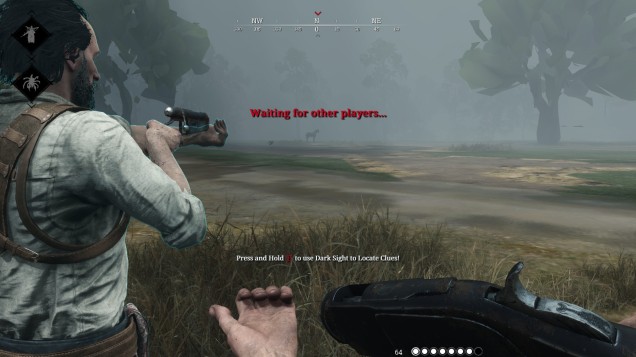 Unfortunately, the closest extraction was on the other side of the map so we were going to have to make a run for it. That extraction also happened to be by the other bounty area so we chose an extraction even farther out of the way to avoid running into hunters camping the easy extraction points.

It was a perilous journey. At first, we thought someone was following us so we wound our way around the map and ended up running face-first into a pack of dogs. Dogs have to be the worst enemy type. They’re faster than you so you can’t outrun them, they hit like a truck, and they travel in packs of five. Running low on health and ammo is not an ideal time to run into them. They downed me but Greg was able to pick off the last of them and get me back up.

Then we got caught in the river. If I’ve learned one thing so far it’s that you spend as little time in the water as possible because there are things in there that will find you. I think I was running away from some other enemy and before I knew it I was in the water being mauled by a Devilfish.

Downed for the second time.

I thought we had lost right then and there. But due to some “interesting” pathing the monsters decided to leave us alone.

Revived for the second time.

After all of that, we made it to extraction without much else in our way netting us some great XP and money.

The second bounty of the night wasn’t as much of an adventure. There was only one bounty target on the map which means every hunter converges on one point Which leads to shootouts between everyone. After getting 3 clues and following the sweet sounds of gunfire we arrived on the scene. We took out 3 hunters around the building. After a quick scout of the perimeter, it looked like 3 other hunters were also downed. I’m not sure how many people spawn on each map but chances were good that we either on our own or had one other team to contend with. We killed the bounty, collected the coins, and ran to extraction without seeing anyone else. Success!

I’m still in the honeymoon phase with this game but I’m still enjoying it more than I thought I would. I think what I’m liking the most right now is that win or lose the matches have been interesting.