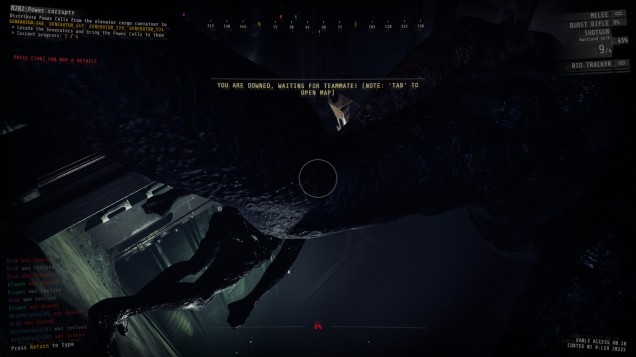 I wasn’t able to play with the squad last week. They managed to complete Pathfinder and Sacrifice without me. Since we had gotten so very close the times I played and because they take a while to run I’m not too worried about getting them completed for me. Once we clear the next two on the tier someone can drag me into the third tier lobby.

This week we attempted Power Corrupts and Septic. We’ve been putting these off as they have the most annoying mechanic so far: the cysts. These are basically proximity mines on the walls and ceilings that will explode when you get too close. They take a good chunk of health and leave you with some infection level. If your infection goes over 20% you take damage over time until you’re at 20% health. These can be “disarmed” by shining a flashlight at them but they will regrow after a few seconds. It’s quite annoying getting hit by these when you forget where they are. 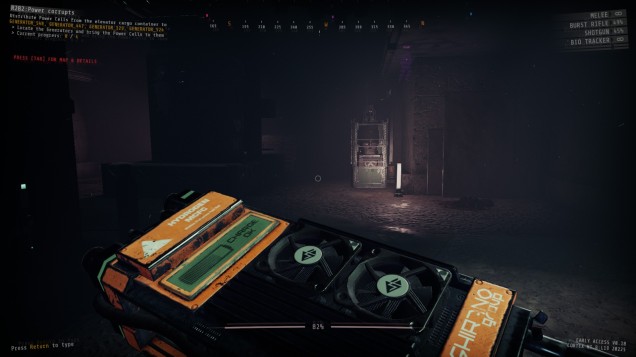 Power Corrupts has the players carry 4 batteries to put into generators across the map. It didn’t seem too bad at first. But then we noticed that most of the sleepers in the rooms were the large ones. These can’t be killed in one hit with a hammer and they take a ton of ammo to take down. We were running into rooms with 5 to 9 of these constantly. It also didn’t help that we were finding nothing but glow sticks in any of the lockers. With no resources and no way of effectively dealing with the big enemies we were not having a good time.

We reset a few times thinking we were just getting bad spawns. Unfortunately, it looks like rooms filled with big enemies is par for the course. The one saving grace was the lack of alarm doors. We ended up using our turrets a lot to set up traps and funnel the big guys into them. 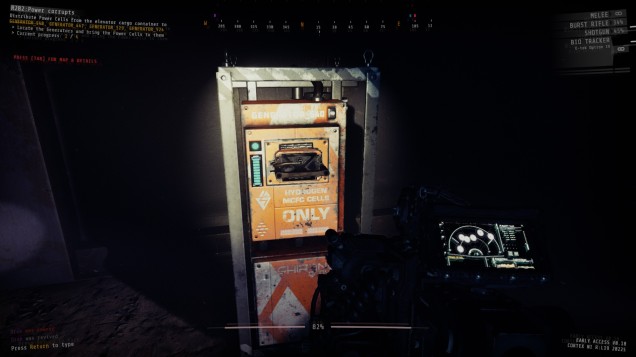 Just when we thought it couldn’t get much worse, we ran into a room with 4 scouts at the end. Luckily, our objective wasn’t in that room but still, 4 scouts are terrifying! The farthest we got this weekend was setting up 3 generators. The last one was behind an alarm door that we didn’t have enough ammo to complete.

Septic features the cysts even more heavily than Power Corrupts. You’re tasked with finding a fog turbine and brining it to extraction. There were many big rooms with large groups of small enemies so this took us a bit of time. You can’t shine your flashlight at cysts in rooms full of sleepers because they’ll get alerted. Not only were we watching for stirring sleepers but we also had to keep an eye on the walls and ceilings too. 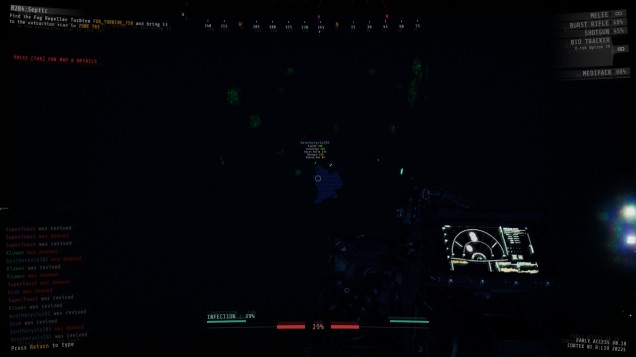 We managed to get the turbine and were rewarded with whole sections of the map with infection fog. Going in there without the turbine leads to 100% infection pretty quickly so everyone had to stay around the person with the fog turbine. To make matters worse, there are also enemies littering the dense fog. Good thing we brought a Bio Tracker or we’d be alerting things left and right.

I’d say we were halfway through the mission when discord disconnected our point man from voice chat. Perfect timing as he had the fog repelled and we were in a large room full of fog. With our communication, broken things declined very quickly. Before we knew it enemies were alerted but we had no idea where they were coming from.