Time to beat: 52 hours and 55 minutes (Main Story and as many side quests as I could find.)

Now you might look at this and say I disliked more things than I liked and objectively that’s true from the list below. However, I really enjoyed my time in Amalur. The story, the little lore spread throughout, and the fully voiced characters helped tremendously to convey an interesting story in an interesting world. The combat got stale towards the end but I think that was because I choose to go full sorcery. When I play through the DLC’s I’ll be respecing to try out the other class trees. A lot of the time you’ll see this game brought up when people are looking for single-player games that feel like MMOs. I’d agree with that there are enough fetch quests and kill 10 whatever quests to qualify. But there’s also an expansive open world with a lot of little secrets and cool locations to find.

The World: The world of Amalur features a number of interesting locations. My favorites being the cities of Ysa and Rathir, the Gallows Tree in the Midden, and Nyralim the oldest living mortal who happens to be a giant tree.

The Lore: I went out of my way to learn about Amalur. I went through dozens of conversation options with hundreds of NPC’s and quest givers. I read all the books I could find and found all of the Lorestones in the zone for added stories.

The Side Quests: Kingdoms of Amalur shines with its storytelling. My favorite series of quests were the Faction Quests for The House of Ballads and The Scholia Arcana. Both were interesting and complete stories in their own right that outshined the main story. My favorite side quest included helping a local Nobel fake his own death by dueling a war hero and then shipping him off the continent. Only at the last minute his mother showed up and paid me to ship him to the war front instead!

Things that could have been better:

The Loot: By the time I went to Klurikon and until the end of the game I didn’t find anything better to equip than what I had. The last 10 or so hours of the game I kept the same armor and weapons. It got to a point where I just stopped picking up loot and opening boxes. There were far fewer styles of armor and weapons in this game than I thought there’d be. It leads to a lot of items being stat upgrades but looking exactly the same as the thing you just unequipped. Even the purple named weapons which had a variety of flavor text ended up looking like common weapons.

The Combat: The combat starts out strong with a good mix of dodging and a fairly quick time to kill. As the game progresses and you’re given more skills and more armor dodging doesn’t do much except ensuring you can get your skill off. Halfway through the only thing that could damage me was a big creature, by the end of the game even the bosses had a hard time denting my health bar. I played on normal difficulty and perhaps the sorcery tree is a bit overpowered. At the end of the game, I cast 2 AoE spells that pretty much killed everything in one or 2 hits. I had stacked enough spell cost reduction that the only spell that cost me anything to cast was Heal because it relied on a percentage of my MP instead of a set number.

The Dungeons: The gameplay loop of KOA is getting a quest, going into a dungeon, kill whatever is in there, then get another quest. It’s all well and good until the dungeons start looking the same and don’t have any unique items at the end of them. The worst is when they don’t have an exit at the end of them and you have to run all the way back to the beginning of the dungeon.

The Housing/ Mining Operation/ Investment Banking?: By the time I finished Amalur I had 4 or 5 houses with maxed out facilities. Unfortunately, I never had any reason to visit them. There’s a mining operation in Detyer that you end up taking over and will net you profit over time. After I finished the main story I went back to the mine and was rewarded with 4k gold. Considering I have about 1.5 million on me it’s not a ton. You can have a Gnome invest for you in Adessa…it’s something I’ve never encountered in a fantasy RPG so I’ll give KOA credit for that.

Crafting: Crafting doesn’t seem worth the effort. I invested heavily in sagecrafting to make gems to augment my weapons but I didn’t use it much. Maybe blacksmithing is better but I didn’t see the point in making weapons when there were so many lying around

Things I wished I knew sooner: 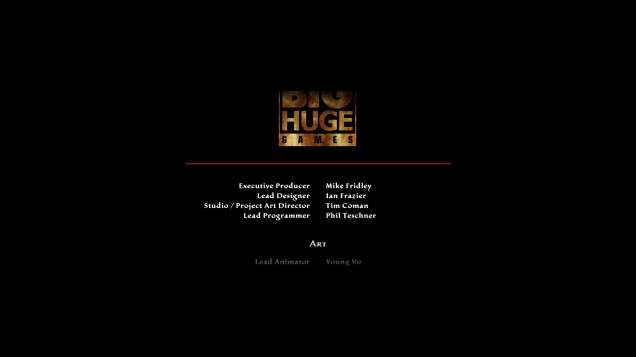