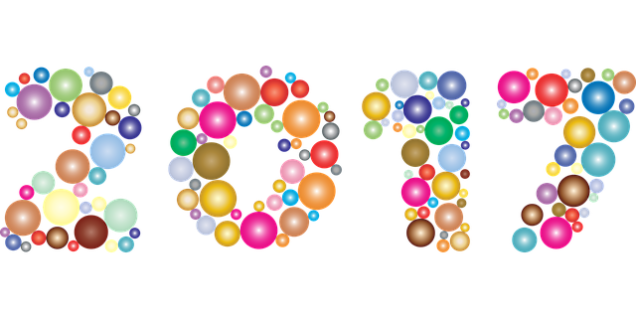 Well it’s a tad bit overdue but the year is still fresh. Only 10 days in and already 2017 shaping up to be an interesting year. As the New Year struck I was struck by an awful cold that left me out of commission for a few days. On my way to work last week my car’s driver side power window motor died leaving my window stuck down for a few days, not a lot of fun to drive in the cold and snow. Finally, this past weekend I drove back to my parents house, about 4 hours away from me, and in the middle of a white out my windshield wiper fell off making the last few hours a real challenge But it’s not all bad, the year can only get better from here!

This goes for games as well as books. I have a bad habit of buying more than I can play or only playing a game for a few days before moving on to something else. I rarely finish games and it’s part of h reason I started my personal backlog challenge. So the goal for the year is to play/ finish more games and books than I buy which shouldn’t be that hard because there’s nothing coming out in the nex few months that I’m looking forward too. Though I said the same thing last year where the only game I wanted wasn’t suppose to release until July, I ended up buying at least one game a month anyways.

When It Sucks Stop Reading/Playing It

This one goes more for the books side of things. Every year I set a reading goal oer at Goodreads usually around 20 books. Last year I tried 25 books and I was able to meet my goal, even exceed it by 6 books. The thing is some times it felt like a chore to read and the looming fact that I had to read at least 2 books a month to finish made reading just a little less enjoyable. I’m finding the same as I’ve been working though my backlog. Originally my goal was to finish every game. I thought if I liked it enough to buy it I should be able to finish it. I’ve found that not everything is great and not everything interests me enough to finis it. I think this year I’ll just play games until they no longer interest me. I also have to get better at putting down books when I know they aren’t good instead of forcing myself to finish them.

I read a lot of fantasy last year. In fact more than half of the 32 books I read last year were fantasy and quite frankly I’m sick of it. So I’d like to read a little more outside my comfort zone. I’m thinking some murder mysteries, some drama, maybe a romance, and I need to read way more non fiction this year The same goes for games, I feel like I played a lot of the same kind of game last year and while it’s fun to play things I know I’ll like I also have a wonderful library where I can take some chances on other games for free. And PS Plus gives me access to some different games every month and I never try them out. I’ll try to do more of that this year.