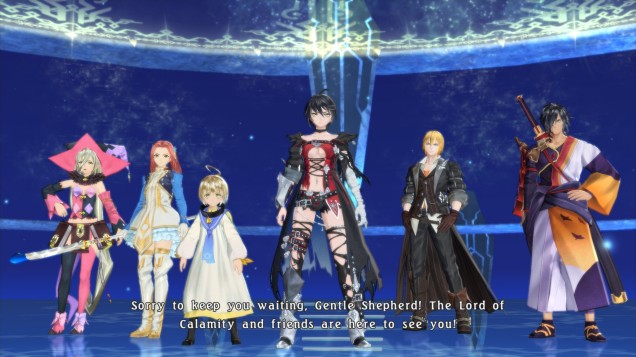 I had every intention of finishing up Tales of Berseria yesterday. I was 38 hours in and I felt like I was getting close to the end. All the plot points were wrapping up, I was doing a lot of backtracking through areas I’d been to before, and the cut scenes were getting more dramatic.

About an hour and a half in I was getting “end game boss soon” vibes. I must have forgotten I was playing JRPG…2 hours of playtime after that, I was tasked with hunting down a bunch of stuff, awakening some gods, fighting some more characters, and running all over the world again to do it. The more I tried to push the story the more stuff there was to do.

Now don’t get me wrong, I’ve enjoyed my time with Tales of Berseria, but I wanted to see how the story ends. A lot of what I was doing in the final act wasn’t mere padding, it was touching more on the side characters backstories some more which I like about this game. I just didn’t expect it to take so long to do.I pushed on, determined to beat the game.

Right around the 46 hour mark I had actually wrapped all of the character’s story arcs except our main character Velvet. I had summoned 4 gods so I could fight a fifth god for the fate of humanity. I was ready for the final battle. I stepped into the final area and was met with a multi-floor puzzle dungeon. I decided to put the controller down and do something else with the rest of my Saturday.

I came back to it fresh this morning to complete the final dungeon. When I played Tales of Zesteria, I rushed the final dungeon dodging all the encounters between me and the final boss.  That wasn’t such a great plan. The final boss rocked my under-leveled world so hard I had to drop the difficulty to do any damage. So I took my time leveling up. I may have gone a bit overboard but it was worth. I felt like the final fight had a good level of difficulty. In all, it took 3 hours to see the credits roll. Leaving my total playtime at 49 hours.

When it was all over I had mixed feelings. The story was great and I wanted to see it’s conclusion but part of me didn’t want the game to end. After spending almost 50 hours with these characters I’m going to kind of miss them. I felt the same way after Zestiria. There is a little part of me that wants to start up a new game plus but the rational part of me knows it’s time to move on to a different and much shorter game.