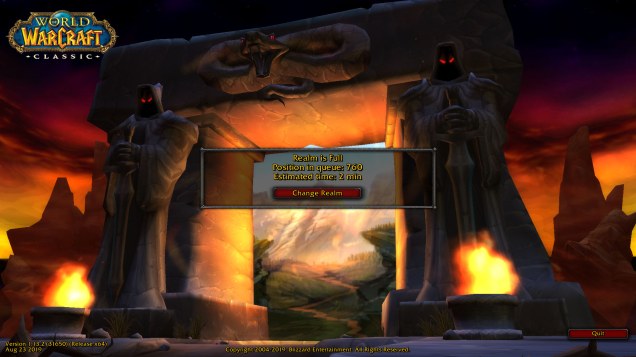 While waiting for Jay to log into Trove, I wanted to see if I could get into WoW Classic. I’d been reading queue times were horrendus so I didn’t have much hope at 6:30pm EST, a half hour after launch. The queue for my server, Myzrael, was 2 minutes. Much, much, MUCH, shorter than I was anticipating. 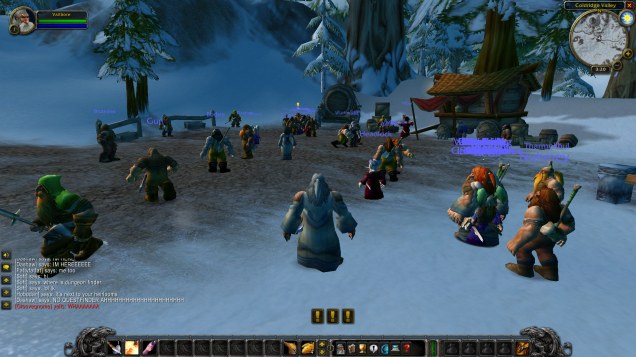 When I got in I was greeted by dozens of dwarves. Dwarves and gnomes everywhere. Around the first quest giver, around the first spawn point, and there were plenty bludgeoning wolves just down the hill.

I don’t know what I was expecting but it certainly wasn’t to burst our laughing. There was something just so funny about the sheer amount of characters running around. I joined the crowds for wolf slaying. Fighting for each spawn to collect a meager 8 meat. After 20 minutes I returned with my hard-won prize and settled in to do some more. Except that’s exactly when I was called away.

I tried to get back in and play a bit more before bed. I wasn’t sure if this was going to be possible. I was greeted with a 76 minute wait.

One thought on “A Brief Moment with WoW Classic”