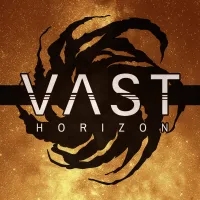 Nolira is an agronomist tasked with establishing agriculture in a new solar system, but when she wakes up on a now- empty colony ship, the whole of her plan disappears. The ship has been set adrift, with numerous mission-critical problems requiring immediate attendance outside of her area of expertise.

Audio Dramas might be my favorite type of podcasts. They can be exceptionally good entertainment if done right. And VAST Horizon: Adrift does everything right I discovered this one thanks to Mission To Zyxx on my way to work this morning. I downloaded the first episode for my commute home.

Norlira wakes up on a colony ship on a set course to a new solar system. Except there are no signs of anyone else and the onboard computer AI can’t tell here what happened. We do learn that most of the ship, the Bifrost, is severely damaged and 72% of the ship is without life support. The ship has no communication equipment, navigation, or propulsion. Oh yeah and there’s no crew left to fly it as far as we know.

As far as first episodes go, this one really grabbed my attention. There’s a lot of action-packed into this opening episode and a bit of backstory. The episode flips back and forth between the Norlira’s present struggles on the ship and flashbacks to before Norlira left on the Bifrost. It seems that her family was reluctant for her to go, which is understandable, seeing as she won’t be coming back. So far we’ve only met Dr. Norlia Eck and the ship’s AI and it’s unknown if there will be more characters. though at the very end of the episode, there are signs of life detected in the nursery.

Acting makes or breaks this type of show and the cast in this episode did a great job. I liked the dynamic between Norlira and the Bifrost AI as they attempt to solve problems one at a time. I also found the various flashbacks compelling and a great way to build on backstory without the presence of other characters.

I didn’t realize it at the time but this show is made by Foll and Scholar Productions who made The White Vault. Personally, I didn’t care for the White Vault, I’m still an episode or two shy of finishing season 1, but I know others who loved every minute. Honestly, I’m glad I didn’t know, it might have put me off to listen to this show.

VAST Horizons: Adrift is currently 4 episodes in with a new episode releasing every 2 weeks. I’m sure I’ll be all caught up in time for episode 5 which will be released on July 23rd.