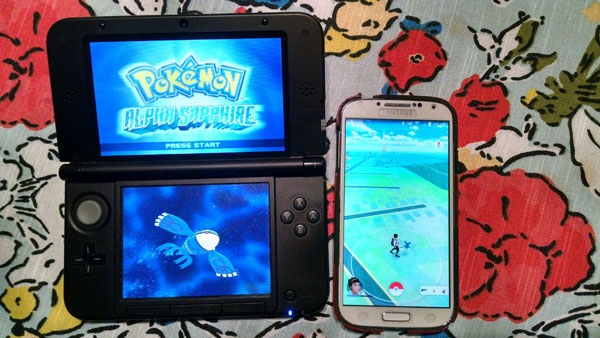 In the month since Pokemon GO launched I’ve gone through a whole slew of emotions. At first I was super excited just like every one else. There were Pokemon that needed catching everywhere. It was fun to take pictures of Pokemon with the AR on and it was really cool to see where the closest Pokestops and Gyms were.

After the initial wonder wore off, I understood the basic rules of the game and how to progress. I ended up walking around my town and going places I had never been before. I also started to notice how many people were playing this particular game. People were out in droves near gyms and popular Pokestops  around the neighborhood capturing the creatures and chatting with each other.

Then came the hording. Flocks of pidgeys were captured and whole herds of evees were placed into my backpack. The alpha of the herd was fed the weaker members. Survival of the fittest at its finest. I made a career change from Pokemon trainer to Pokemon exterminator. Lately, I’ve been opening the game less and less. I feel like I’ve experienced everything it has to offer and I had a great time doing it.

Two years ago I bought Pokemon Alpha Sapphire on the day of its release. I never got the chance to play the original on the Gameboy Advance and I was all about seeing that generation of Pokemon in 3d. I put a couple of hours into the game before I set it down and never picked it back up again. I’m not sure why this was, I spent a good amount of time playing Y with a bunch of friends in college. However, as my interest decline in Go I had the urge to pick Alpha Sapphire back up again.

Here’s where I have to applaud Niantic and the Pokemon Company. They’ve created a game with enough features to stir up nostalgia but not enough to overshadow the fun of the handheld games. If anything it was the lack of some features that made me pick up my 3DS and sink sometime into Alpha Sapphire. I’m 4 badges in and still playing.  Now that I’ve gotten back into the 3DS game I’ve started to think I just might buy Sun or Moon in November. You got me back Pokemon and I never would have guessed it would be from a mobile game.

One thought on “Pokemon Go: From Mobile back to Handheld”