The great thing about short games is that they’re short. You can sit down, start the game, beat it, see the credits, and have plenty day left to spare. This week I was able to check two games off my backlog list. Well, one was a game. The other was more of  a muppet infused fever dream.

Polarity has you take on the role of a hacker trying to break in to one of the most secure systems in the world. And by hacking, I mean solving 3D platforming puzzles. It’s kind of like portal except the portals are replaced with moving colored cubes around.

You can switch between 2 polarities, blue and red. While your polarity is red, you can pass through red gates and lasers and vis versa for blue. There are blue and red cubes that when placed on corresponding platforms, will unlock doors, turn on jump pads, and raise or lower platforms. The  levels are a mix between puzzles solving and obstacle courses that test how well you can switch polarities on the fly.

I think this one is also a mobile or tablet game. It ran really smooth on my laptop even with the graphics all the way up. I finished the first 11 “story” levels in just under an hour but I enjoyed the gameplay so I took a swing at completing the bonus levels as well. I’m glad I did, the bonus levels were a lot more interesting. They took longer to complete and required a little more thinking and reflexes. There was only one pesky data piece I wasn’t able to collect in the single player puzzles but I can live with that. Sadly I was not able to try out the co-op campaign because the game didn’t recognize the PS4 controller.

This was an experience. I have no idea why this game was in my steam library, maybe a friend gave it to me, maybe it came in a bundle I honestly don’t know but it was there. I played it and it was glorious.

You are a Cosmic DJ  spoken to by a disembodied voice who calls himself the Cosmic Conductor. Steve4 (really that’s not a typo) has invaded the universe and is pumping out bad vibes. The Cosmic Conducter decides it’s your job to fight off the bad vibes and fix the 5 Jamtennas. Each Jamtenna has its own weird story to play through including but not limited to headless corgis, robot bands, and two felt puppet best friends.  You’re only goal is to make sweet jams by looping sounds togetherr, eventually filling up the jam bar, and moving on to the next scene.

It’s hard to put into words exactly how strange this game is so here’s a bunch of screen shots instead: 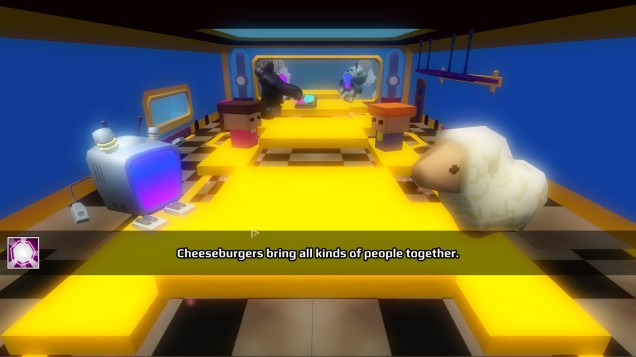 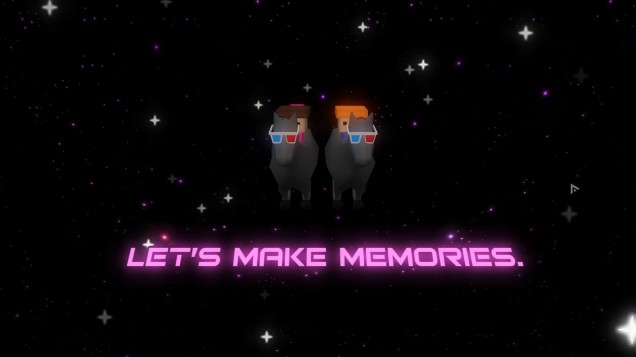 So if you ever find this game lurking in your steam library turn the lights off, put on some headphones, and save the universe with the power of music.